Fear and aggression: Why just exposing the dog in gradual steps won’t work 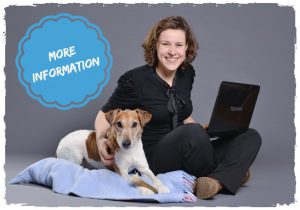 When not giving group dog training lessons at OhMyDog , Laure-Anne is also a lecturer at the O&O and the Annorlunda certification institutes for professional dog trainers.

To find out more about the dog behavourist service, click here.

A dog who was scared of the car

I am just back from just about the loveliest clients I’ve had in a long time: they were open and critical in just the right doses, and they were just a lot of fun to talk to.

Their problem was their Spanish rescue dog. An adorable bodeguero-type cross who was dead scared of the car.

The dog’s owners had seen a behaviourist before, who’d advised to get the dog gradually used to the car again in small steps. They advised to, as an initial step, repeatedly approach the car but not quite get in.

Result? The dog is now scared of the leash, the owners approaching the front door, and generally any sign that she might be taken out. She relaxes when she sees that they are turning the ‘right’ corner (as in, not going left when leaving the house. That would mean going to the car).

The behaviourist was on the right track, but one essential detail was missing: the dog’s comfort zone dictates the size of the steps, not your program.

So what had gone wrong? The dog had ‘sensitized’, and was starting to ’emotionally anticipate’, as we call that in our behaviourist jargon. The dog was so scared of the car that every exposure made the problem worse. That’s how profound fear works, unfortunately.

Imagine a well-meaning someone asks you to hold a jar with a spider in it, again and again. You’re not touching the spider, the spider is definitely not going to do you any harm. What happens next – if you were really scared, that is? Do you get used to it? Are you less scared of spiders?

No such luck. Chance is, you are now scared of footsteps from the direction where the person holding the jar came from. And now you’re probably also not a big fan of jars either.

The zones of exposure

So what is the right degree of exposure?

The red zone of exposure

This is a disaster for recovery. This is when you put the dog in a situation that it clearly can’t cope with.

The dog is so scared that he is no longer receptive to you and is actively – frantically even – trying to get away. This is when you see aggression and attempts to run away or worse, a state of shock. 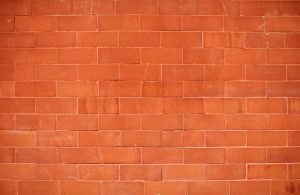 Force your dog to stay in this situation and you are setting yourself up for failure.

The yellow zone of exposure

When the dog clearly minds being so close to the problem situation/object. You know this because he/she is showing many stress signals, is tensing up (in their movements and posture), or is getting hypervigilant.

The dog can still be reached, but he clearly is worried about the situation. 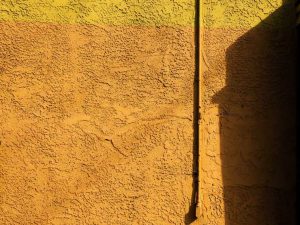 Asking your dog to sit in the problem situation is the last thing you want to do. The dog might appear ‘calm’ (he is sitting) but don’t be fooled. Next time, the aversion will be that much worse. This was anything but therapeutic.

Another common mistake is to lure or otherwise compel the dog outside of his/her comfort zone. The dog is pressured into approaching the problem situation far beyond what they are comfortable with.

Yes, the dog is physically there, close to the trigger, but is clearly quite tense: bad news, you are making things worse.

The white zone of exposure

When you distract the dog during exposure, to the point that the dog is not consciously processing the problem situation, or if the exposure situation is not realistic enough. 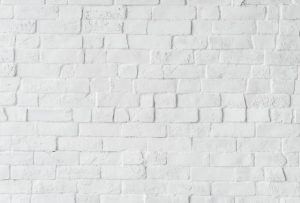 At least the dog doesn’t get worse as a result. But it does nothing to improve the problem either.

This is why I am not a big fan of ‘watch me’ and such likes during exposure therapy. You don’t teach the dog to cope with the problem situation that way.

The green zone of exposure

When the intensity of the exposure is so benign that the dog notices the trigger, but does not mind it. We also call this the therapeutic zone of exposure.

To keep the dog in the green zone, you set up the situation so that the dog 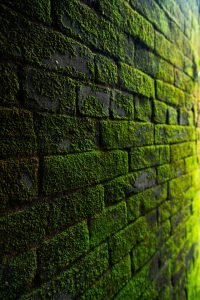 Repeat this often enough, and soon the dog will look forward to you picking up the leash and you can incorporate the next step.

The trick is to say ‘yes’ (then interrupt the exposure) when you approach the ‘tippping point’. The tipping point is the moment before the dog dips into tension/fear/stress. You can recognize it because the dog is getting ‘magnetized’ by the triggering situation, he is paying too much attention to it.

So the right level of exposure is not your own pre-planned steps, but the dog’s emotional state. You are in the therapeutic zone when the dog notices the trigger, but does not mind.

It’s tricky to see so err on the side of caution and interrupt too early rather than too late.

Pushing your dog in at the deep end when he can’t cope with a situation is the last thing you can do if you want the dog to react less intensely to it in the future. Gradually getting the dog re-used to that situation is key. But you have to follow the dog’s emotional state to know what the right level of exposure is, not your own step-wise program.

Too abstract? Just remember to interrupt the exposure at the tipping point: at the moment that the dog is making up his/her mind about whether the situation is safe. You can see this through tiny little signals like prolonged attention or stiffening.

No changes were made to any of the pictures