On November 10 2020, Laure-Anne was interviewed by Omroep West about dogs adopted from abroad (in connection with 14 sheep that were recently killed by two adopted huskies). You can read the full interview transcript below.

Adopting a dog from abroad is increasingly popular. Your opinion as a dog trainer and zoologist: is this a good trend?

At OhMyDog, we are being contacted more and more often by people who have recently adopted a dog from abroad, particularly in the last few months.

Is it a good trend? I would say that, overall, it is. So many dogs are waiting for a good home.

What dog professionals do worry about are impulsive adoptions. People who adopt a dog from abroad without thinking it through, without realizing that these dogs may need extra time and attention . People who make the decision solely on the basis of a cute photo or because they take pity on the dog.

What does it mean for a dog to get used to and live in a totally new country?

Many of these dogs have never lived in a busy city or seen a tram. Sometimes they even have to get used to people.

So they are often, in the beginning, scared and above all extremely over-stimulated . 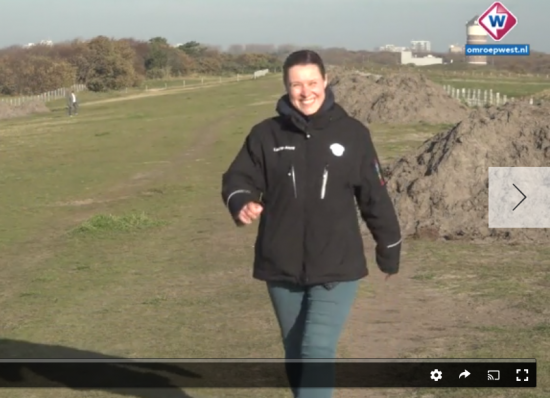 The “decompression period”. During that period, which can last weeks or even months , your dog may suddenly display difficult behaviour; behaviour that he will never show again (e.g. peeing in the kitchen or barking at you).

So, in the beginning, do not take your dog to all sorts of outings. Do not take him to a group dog training course and do not take him along to get to know all the neighbourhood’s dogs and people. Give your dog the time and space he needs to get used to his new home first.

What are the problems that sometimes come with this?

Actually, we do not see hunting behavior significantly more often among dogs adopted from abroad. This is largely determined by breed influences.

I see plenty of foreign dogs with whom everything goes smoothly , mind you, but when someone asks for help about a foreign dog, it is often for these problems:

In the case of the incident with the huskies and the sheep, what could that have been prevented?

See here for the Omroep West article about the sheep.

Let me start by saying how impressed I am with how responsibly the huskies’ owners have responded to the incident.

What more could they have done?

What can you do as an owner if you notice that your dog is having difficulty, has behavioral problems?

What would you like to advise owners if they do adopt a dog from abroad?

Choose a good adoption agency ; an agency that asks you critical questions before they let you adopt the dog. An organization that takes the matching process seriously.

Important: As unfortunately commonly happens in interviews, the published version of the conversation was abridged to the point that some elements were presented out of context (and, in a couple of places like comparing recently adopted dogs to predators). A retraction request has been submitted.