I feel so angry. And sad.

This week, a client came to our door. He was desperate. The dog had to leave immediately.

Why? Because this week, for the first time, their dog has bitten (quite severely, at that). They no longer dare to put the leash on him, they do not even dare to be in the same room.

How did it go this far?

Let’s look at the usual suspects for aggression:

So what has happened? 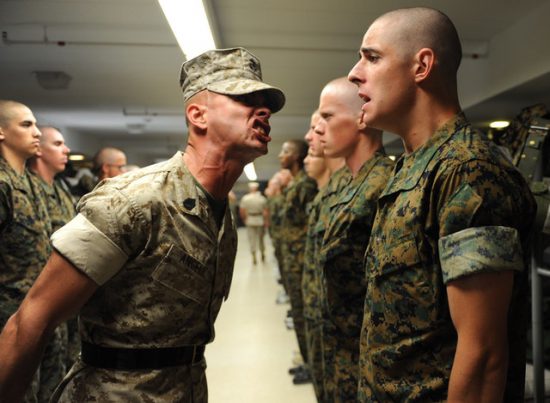 The dog’s humans were told by their puppy class instructor to roll him over on his back when he was doing something naughty and to pin him down (staring menacingly) until he surrendered. That ‘technique’, should you be curious, is called ‘alpha rolling’.

Take a second to take this in. A dog professional has said this. In the year 2020.

Why did they keep doing it? Because quick fixes work (sort of)

They did not feel 100% comfortable with it but:

The thing was though… It wasn’t really working much beyond masking symptoms: a band-aid on a broken leg. It suppressed the unwanted behaviour but did nothing to address the underlying reason(s) behind it. 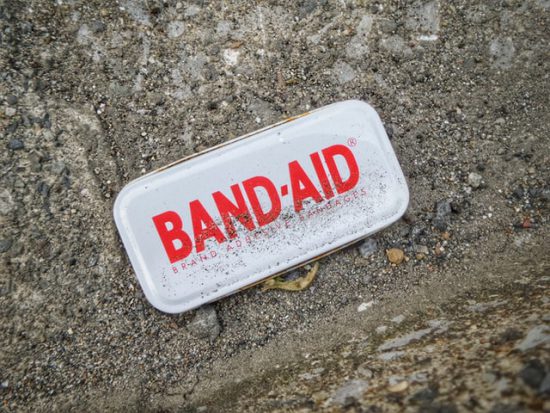 The instructor also told them that a dog had to accept taking things out of his mouth so they got an exercise to systematically grab things from him. The more often they did this, the more strategies the dog came up with to keep his treasure: running away, swallowing quickly, and, yes, eventually, growling. All of of that led to, you’ve guessed it: an alpha roll and seeing your juicy bone stolen again.

As the dog grew older, he started to growl more and more often:

So on the vicious cycle went, getting entrenched deeper and deeper: the more he growled, the more he was being “alpha-rolled”, which increased the growling, which got him alpha rolled again. Etc. etc. etc.

It had reached the point when his life largely consisted of growling and alpha rolling. 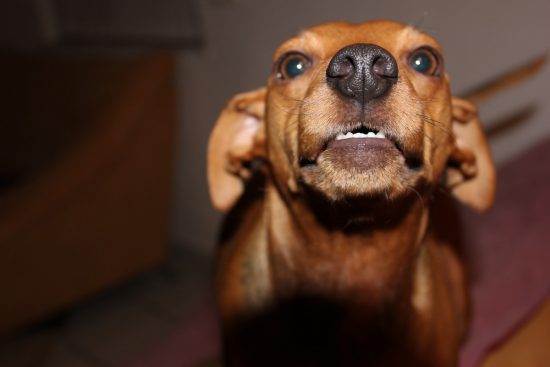 One day – last Tuesday, to be exact – the dog decided “to hell with growling;” a logical conclusion after getting punished for growling for months. This time, he skipped the growling part and went for his owner’s leg. And he really went for it, delivering a serious bite. To the point that his family has now become so afraid of him that they do not dare be in the same room.

That is the point that they decided to ask other dog professionals – us – if we would take the dog off their hands right away (we don’t do that) because they (understandably) needed a little time to take stock and think about the next step.

The dark side of quick fixes

We analysed the case and sadly concluded that their bond with the dog had likely been irreparably damaged. The dog has learnt that humans are scary and violent. He has learned that people steal and pin you down to the ground until you freeze with terror.

Perhaps the worst lesson that he has learnt is this: there is no point in growling and biting is the only way to stop an alpha-roll.

And there is that dog now: alone and scared in the kitchen. He doesn’t know why. The only times he gets to see them is when they open the garden door so that he can quickly relieve himself, and when they get him water and food.

We referred these poor people and this poor dog to a specialist (a veterinary behaviourist).  because this has gone way too far to be treated with ‘just’ a behavioral program.

It could have been different

Do you know what I find most sad about this story? It is not the first time we go through something like this; nor the second, nor the third even – not by a long shot. And I am sure it is not be the last time either.

If only the dog training school had kept up with the most basic of professional developments in the last twenty years, they could have given the owners:

Then these problems would probably have remained what they should have: temporary puppy problems.

How could the humans have known better?

How could the owners have known better? They couldn’t have. They did everything by the book: they went to a dog training school and they followed the advice they got there.

How were they to know that there are such differences between different dog training schools? How could they have known that you can call yourself a dog trainer without the slightest qualification? 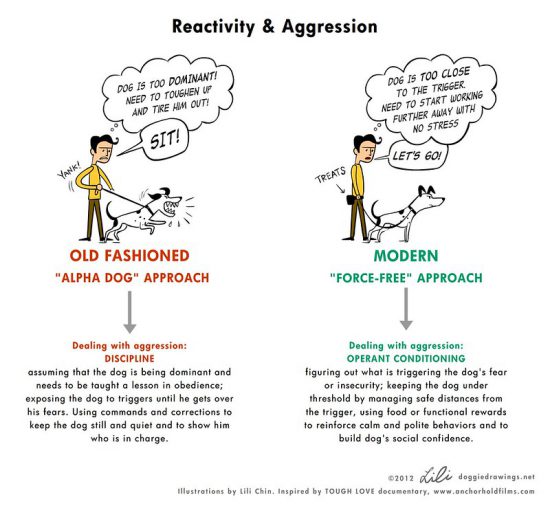 All the average owner wants is a social, obedient dog. If he is told by dog ​​school that the only way is tough love , then he does it out of love for the dog.

What can we do about it?

Too many puppy owners end up in awful (and avoidable!) situations as a direct result of harmful methods. Why don’t these dog training schools get reported then? Because the clients blame themselves and quietly walk away.

What can you do if a dog school advises harsh methods? A lot, it turns out:

Whatever you do, be the squeaky wheel and say something. Do not just walk away.

That way, we’ll drag the handful dog professionals who still only recommend heavy-handed methods kicking and screaming into the 21st century.

Specialist advice for your dog’s behaviour

Find out more about our puppy classes

Find out more about our behaviour modification plan

Make an appointment with our behaviourist