Ledoux’ assertion that animals have no emotions. Don’t confuse fact and opinion

Joseph Ledoux (neuroscientist) has made the headlines of most popular newspapers recently, with the statement that animals have no emotions. This is a huge deal, and you shouldn’t keep spreading the one-liner without context.

Another example of science journalism getting it wrong, with a massive impact for animal welfare the world over.

1. Joseph Ledoux is a neuroscientist who is fighting for his – well- founded – theory that emotions are not feelings, neurologically speaking. Emotional circuitry involves higher order processing.

2. He argues – correctly – that this, along with any topic related to consciousness – is hard to scientifically scrutinize.

3. He concludes that the only reason animal emotions research is assuming non-human animals have emotions is based on behavioural proxies, and he finds that too much of a reach.

Other researchers and philosophers – the vast majority – claim these behavioural proxies just “follows first-principles”, which is considered sound logic.

To summarize: the majority of researchers on this topic do NOT follow Le Doux’ reasoning, and he bases this statement on reasoning, not experimental data.

Do not blindly share these cheap headlines without an intelligent explanation go with it, because you are then potentially legitimising animal abuse or neglect.

Want to summarize it even further? One famous scientist has a personal opinion. 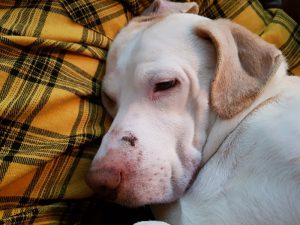