Review article: EVERYTHING research has to say about why puppy needs love

Dietz et al’s article is a comprehensive review article reviewing the literature on the critical importance of an early environment in preventing the development of behavioural disorders. 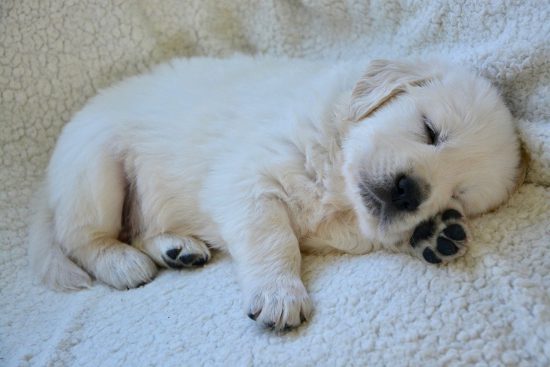 Whilst this is not written in stone and the pup can still in theory (partly) recover, this takes considerably greater effort, and the right rehabilitative care.

The importance of the mother-pup  relationship

Pups separated from their mother at 30 or 40 days are at higher risk of developing fears (on a walk and of noises) and of barking excessively. This is supported by physiological evidence linking low maternal care to life-long over-sensitivity to stressful events.

Pups raised in a home environment (NOT in the annex or the garage and most certainly not permanently in a cage) are less prone to developing fear and aggression problems. Close exposure to humans from an early age increases the chance of a healthy and positive relation to humans later in life, although dogs can somewhat recover from early deficits in that regard. Careful exposure to social stimuli (not too intense) from around 8 weeks of age has proved to be essential for the development of a healthy resilience to exposure to social stimuli.

Staying with the litter long enough (particularly from the time of weaning, from around 3 to 7-9 weeks of age) affords the mother the opportunity to chastise the pup for inappropriate inter-dog behaviour. It also allowed the pup to learn inter-dog interactions and communications with his littermates through play. Being denied the opportunity to play with littermates at that critical age has been strongly associated with aggression problems later in life.

An extremely relevant finding is that starting exposure to other dogs at 8 weeks of age actually increased the risk of aggression when compared to starting exposure at 18 weeks of age. This is because at the age of 8-12 weeks (approximately), pups are very prone to fear, making this period sensitive to the devleopment of traumas.

Another interesting finding is that (guide) dogs who were previously socialised to humans, but then stayed in kennels after 12 weeks of age (some for as little as 2 weeks) as opposed to being directly rehomed into a home environment were much more prone to fear and nervousness.

Dogs who were not exposed to a busy city environment from around 3 – 6 months old were more likely to be avoidant and aggressive to unfamiliar people, stressing the importance of continued socialisation even after an optimal early environment.

So what are these factors? What do they mean? Behaviour genetics is a matter of a genetic predisposition to a certain behaviour. It is not a certainty, but it is more likely a predisposed pup will develop the problem. So you might be lucky and, although your dog has had a dreadful early environment, he grows up to be a well-adjusted member of society. This happens to pups who are better genetically ‘endowed’, who come with above-average psychological resilience, sociability, etc.

Optimal early life experiences are absolutely critical in the development of a behaviourally healthy pup, but they are not sufficient. Genetics and later environmental influences also play an important role.

Similarly, sub-optimal early life experiences can have life-long consequences but can be (partially) compensated by an optimal environment later, which can be made harder or easier by the dog’s genetic make-up.

Need help with your dog’s behaviour?

Do you suspect your dog was not appropriately socialised at an early age? Have you obtained your pup from what you now suspect was a large-scale breeder, or was your dog adopted from the street? Get in touch with us so that we can give you responsible and effective rehabilitation steps. Read more information about our evidence-based and animal-friendly behaviourist service here (we serve clients worldwide).