Help! I have committed the “It’s OK, he doesn’t bite” crime 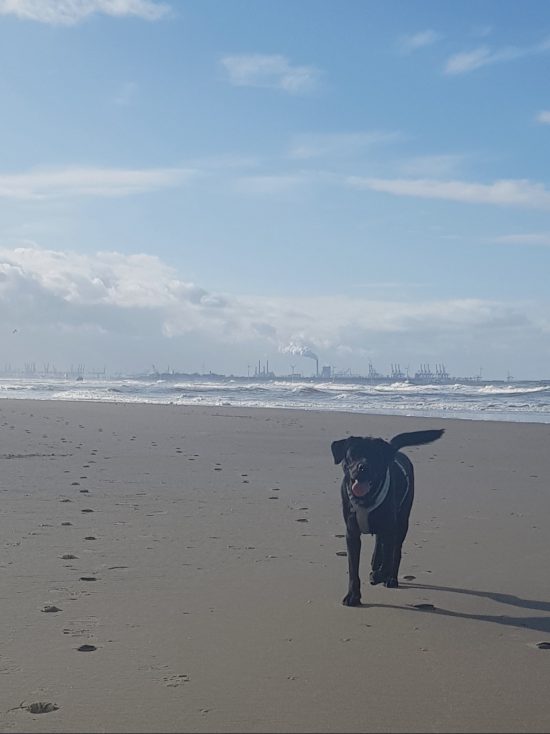 I was walking with my super sociable dog on the street and he’d just happily greeted 2-3 people. My dog exudes kindness and sociability so much that people ask me all the time if they can pet him. He loves these interactions, and these people too. That’s how I walked right into the world’s most predictable mistake. A pretty bad one too, in hindsight.

I spotted our fourth person of the walk from the corner of my eye. I checked briefly and saw no red flags (e.g. kid, food, etc.). I saw nothing concerning so I walked on for another couple of seconds. That’s when I heard someone shout and swear and I saw that that person did not appreciate my dog’s approach AT ALL. I had misread the situation and missed the signs that this lady was alarmed. So I called my dog back but I hadn’t taken into account what happened next: the poor lady had started shrieking, yelling nasty insults at me and the dog, jumping up and down, and waving her arms about.

My dog, who had already started walking back to me, turned around to join the lady again. No prize for guessing what all that arm waving does to a social dog? He thinks that nice lady REALLY wants to play. And there we are: my dog totally magnetized by “the nice lady who wants to play” and the poor lady getting more and more panicked.

It took a couple of seconds – which must have felt like five years to that poor lady – and he just walked back to me, totally confused about the mixed signals. The next day, I bumped into that lady’s husband, who proceeded to threaten to run over my dog if he got the chance. I wouldn’t call that the most socially acceptable or reasonable reaction in the universe but his wife was just, in his mind, harassed by a dog.

I have re-played the whole debacle in my head and it all fell into place. The thoughts shooting through my mind were an exact copy of the lame excuses that the “It’s OK he doesn’t bite” brigade come up with. Luckily, did not say them out loud:

Wow! I had thus committed the “It’s OK, he doesn’t bite” crime. Time for a reality check: from now on, I am going to do as I preach again and explicitly ask for permission before my dog greets someone.

I know my dog doesn’t do anything but the public doesn’t have to know that and, no matter how unreasonable the other person is, it is NEVER OK to let your dog intimidate someone. Lesson learnt.